Working at Frontier Airlines several years ago, I was delivering a presentation on the Frontier branding campaign to a travel conference in Breckenridge.

At one point, I talked about how our CEO required the senior executive team at Frontier to spend time at Denver International Airport on a regular basis assisting with passenger check-in, cleaning planes on turn-arounds, loading bags on and off the planes, offering directions and other front-line customer service  and operation-related jobs.

There was a true non-hiearchy attitude that existed at Frontier and everyone was reminded over and over that each employee’s role was important to the success of the airline.

One of the only ways for the front office management to understand a traveler’s experience was to get them out from behind their desks and actually work shoulder-to-shoulder with those that were doing the heavy lifting on the front-lines of the operation.  I explained how I also required our public relations and advertising/branding agencies to spend time working on the front-line at DIA.

At the end of my presentation, I was approached by a man who had listened to my talk.

“I will always fly Frontier,” he said.

Happy to hear that, I asked him why?

He shared with me that he and his wife had dropped off their daughter at the Frontier check-in after the holidays as she was heading back to college in San Francisco.  As his daughter was waiting to check in, she realized that she had accidentally grabbed her mother’s key chain which had her mom’s car keys, work keys and house keys.  “Oh no!” she blurted.

A friendly and helpful Frontier customer service representative who was working the check-in lines heard her and asked what was wrong.  She told him the story and he asked her where she lived.

When she told him she lived in Parker, the agent said to not worry and to call her parents.  He was getting off in 20 minutes and he would drop the keys off at their home as he lived in the general area.

Even though I always thought that Frontier differentiated itself in big ways because of the pride, friendliness and general helpful nature of its employees, even I was blown away by this gesture.  I asked the man if he recalled the customer service agent’s name.

“Yes,” he responded.  “His name was something like Potter; Jeff Potter, I think!”

My jaw dropped and I let out a gasp. 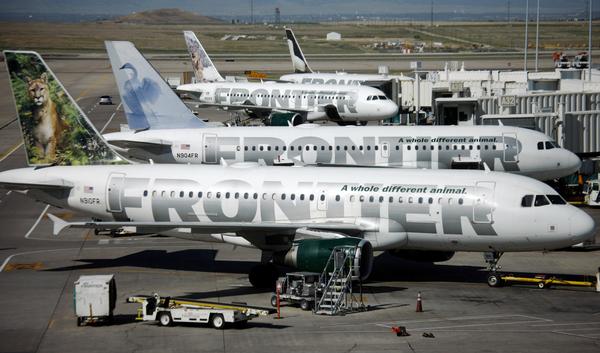 I shouldn’t have been surprised.  Jeff started his career as a teenager working an hourly job cleaning planes on the old Frontier Airlines.  He’d worked about every airline job possible as he progressed his career throughout the airline industry.  As CEO of Frontier, he was the biggest advocate of doing things differently and because of his experience on the front-lines, empowered Frontier’s employees’ customer service decisions to be based on common sense not overly-rigid policies.

Jeff understood that so often in business, policies are mandated by managers who often have little or no understanding of whether the policy is practical, efficient or really necessary.  In an operation like an airline, he saw how rigid and impractical policies can impact not only a customer’s travel experience, but employee morale and ultimately the on-time performance and profitability of the airline itself.  Managers who regularly work on the front line of their operations have a better appreciation not only from seeing the result of their policies in action but from getting important feedback from employees and from the customers themselves.

It was also Jeff who never forgot that no matter how important the title or how many zeroes were on the end of your paycheck each month, if you didn’t take the time to stand at the front-line of your operations and commit to experiencing and understanding your employees, your customers, and the constant changing nature of your industry and your company, it is difficult to make good leadership decisions for your company.