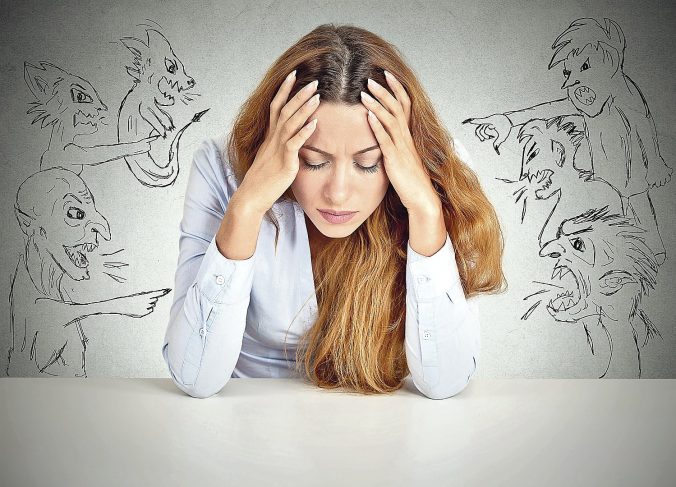 Has anyone ever planted a seed in your brain that has convinced you that you are incapable of achieving something great?  It might have been a throwaway comment long ago from a parent or a teacher.  Or it might have been a recent boss, a colleague or even a spouse who told you your idea was silly or tried to suppress you from succeeding.

In any event, these little mind gremlins can be incredibly harmful to our self-esteem and ultimately, to our career ambitions.

Because someone we are supposed to trust has made a judgement about us and we believe it.

But what would you think if you woke up one morning and realized that these little nuggets of negative information you’ve believed about yourself for so long are not true? That you actually are capable of more than you believe?

One successful entrepreneur shared how when she first came up with her idea for her product, she wouldn’t tell anyone she was close to about her idea; not her spouse, her parents, her siblings or her friends. She said that she was afraid that if she did, they would say she was being silly and irrational. She was afraid that out of concern for her, they would try and convince her that she had no business being an entrepreneur, that it was too risky and that they didn’t want her to fail.

So she plugged away by herself. She read books. She contacted and networked with people who could help her bring her product to fruition. She found a manufacturer who believed in her idea and helped her build a prototype. This entrepreneur ultimately became the world’s youngest self-made female billionaire.

It is sad that she felt she couldn’t rely on a support group close to her that would encourage her, but ultimately, she realized that she was solely accountable to the person she looked at in the mirror each day; she was the one that had the belief and the passion to make her idea work and she needed to filter out the white noise and negativity to keep centered on nurturing her passion and energy to make her idea succeed.

I remember when I was told by a math teacher in Junior High that I simply wasn’t good at math. Many years later, when I was responsible for managing multi-million dollar corporate budgets I continued to hear her voice and it scared me to death! This belief that I was no good at math prevented me from starting my own business because I was so afraid I couldn’t handle even the most simple accounting.

It took a long internal conversation with myself to realize that perhaps because of her, I was even more extra careful with numbers and in fact, I’m completely competent in math.

As you consider you career ambitions, no matter what they are, I want you to consider all of the voices in your head that are limiting you. Where are those voices coming from? Are they coming from others? Parents? Friends? Spouses? Former bosses? Teachers? Why are those voices important to you and why do you believe them?

But more importantly I want you to challenge those voices. Look back at your successes and accomplishments. Consider the skills and expertise you worked so hard to gain through school, hard work and determination. Take an inventory of the things that have helped you achieve great things.

Sure, you might really need assistance in some skills. You might need additional training or knowledge in certain areas. But simply not trying because there’s a voice telling you that you can’t succeed, you aren’t good enough or that you don’t have the capabilities will stop you from trying before you even start.