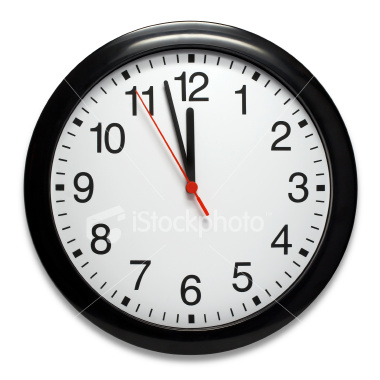 Will your resume go beyond 6 seconds?

A  study published by my friends at www.theladders.com sheds a new light on how recruiters review resumes they receive for open positions.  Click here to read the synopsis.

In the past, the standard initial resume review time as self-reported by HR professionals averaged 3-4 minutes. The Ladders followed 30 recruiters for 10 weeks (or more accurately, it followed their eyes using eyetracking gear) and it turns out that recruiters on average spend only 6 seconds on the initial resume screening.

Only 6 seconds!  That is the average time a recruiter in the study spent to decide if your resume went into the initial ‘yes’ pile or the ‘no’ pile.

In short, the study confirms what we’ve talked about here before on AH Jobs List before: Resumes must be succinct, easy to follow, written with confident language and relevant and specific connections to the job you are applying. The study also confirmed that it is important to create your resume with strategic, visual patterns that allow the reader to quickly grasp ‘bursts’ of relevant information.

In fact, the study says, “…recruiters tend to follow a consistent visual path when reviewing both resumes and online profiles, so an organized layout is crucial. Because professionally written resumes have a clear visual hierarchy and present relevant information where recruiters expect it, these documents quickly guide recruiters to a yes/no decision.”

The study’s “gaze tracking” technology showed that recruiters spent almost 80% of their resume review time on the following data points:

A final point of the study is that self-written resumes fared much worse than resumes written by a professional. For most job seekers, it is difficult to understand their key areas that make a resume ‘pop’ for success. Professional resume writers have experience in understanding the critical points of your background, expertise and accomplishment and more importantly, they know how to craft a resume that helps to define these important areas of your history that will grab a recruiter’s attention.

According to the study, “…..the ‘gaze trace’ of recruiters was erratic when they reviewed a poorly organized resume, and recruiters experienced high levels of cognitive load (total mental activity), which increased the level of effort to make a decision. Professional resumes had less data, were evenly formatted and were described as ‘clearer.'”

So what can you do to improve your resume?

1.) Invest in having your resume created or re-done by a professional.

2.) Don’t try to get creative. Photos, info graphs, or other clutter are a distraction.  Specific jobs that require creative work will ask for portfolios or other examples of your work.

3.) Make your resume easy to read. It should have a natural rhythm that allows the recruiter to easily understand your career progression based on the six points mentioned above.  In fact, the recruiters in this study responded positively to ‘bursts’ of informational bullet points that helped them to easily grasp the career history and the experience the resumes were touting as relevant to the job opening.