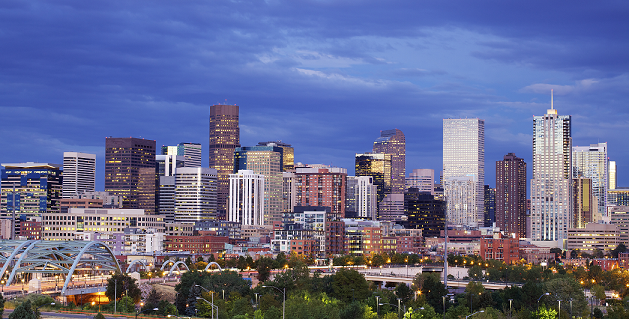 Nine major industry clusters in the nine-county Metro Denver and Northern Colorado region (Adams, Arapahoe, Boulder, Broomfield, Denver, Douglas, Jefferson, Larimer, and Weld Counties) are key to our economy, making them primary targets for national recruitment as well as economic development retention and expansion efforts to develop and expand the region’s industry cluster base.   To find out more, CLICK HERE to go to the Metro Denver Economic Development Corp’s online report on these industry clusters.

If you are looking for a job in the Denver area, its a good idea to know what industries are the driving force behind our local economy.   The private and public companies that make up these industry clusters are vast including major multi-million dollar corporations but also mid-size service providers to the industry.  When searching for employment consider the types of companies and organizations that serve these industry clusters.

The nine-county region ranks second in private-sector aerospace employment concentration out of the 50 largest metropolitan areas, with 19,520 workers. The aerospace cluster is anchored by an abundance of high-tech companies, four military commands, eight major space contractors, National Aeronautics and Space Administration (NASA) research activities, and several universities involved in extensive space research. Colorado ranked as the second-largest space economy in the United States in 2015, behind California.

Denver International Airport (DEN) is a major economic engine for the region’s aviation industry, which employs 16,880 workers. Major expansion at DEN including the upcoming opening of the commuter rail line to downtown Denver in April 2016 and the start of a new, nonstop flight to Munich in May 2016 creates further momentum in the industry. Aviation employment rose 11.1 percent between 2010 and 2015 (2.8 percent nationwide). In addition, three reliever airports—those designated by the Federal Aviation Administration to relieve traffic at commercial airports and general aviation airports—are strategically located throughout the nine-county region.

With a broad range of beverage producers including malt beverages, wines, distilled liquors, bottled drinks, and ice products, the region ranked third among the 50 largest metropolitan areas for employment concentration. Beverage production employment grew 5.2 percent in 2015 and has been growing since 2010, adding nearly 1,600 jobs over the five-year period. Colorado is home to more than 10 percent of the nation’s craft breweries and the state ranked first in the nation for output per capita.

Nearly 15,230 employees work at more than 670 bioscience companies in the nine-county region. The medical devices and diagnostics subcluster grew 10 percent from 2010-2015 compared with 4.3 percent nationally. Research universities and numerous innovation assets support the industry, as well as opportunities to bring together academic, research, and bioscience companies at the 578-acre Fitzsimons Innovation Campus and the adjacent Anschutz Medical Campus in Aurora.

With 41,970 broadcasting and telecommunications workers, the nine-county region has the sixth-highest employment concentration out of the 50 largest metropolitan areas. The region is the largest in the United States to offer one-bounce satellite uplinks due to its unique geographic location in the Mountain time zone.

The nine-county region is one of the few areas outside of the northeast with a significant financial industry in three key market segments: banking and finance, investments, and insurance. The region’s universities and research institutions offer first-class educational resources to engage students and prepare the future financial services workforce. Various associations and service firms support the region’s diverse financial services base of nearly 13,800 companies and about 97,000 employees. Employment growth in the investments subcluster in 2015 was 7 percent, compared with 2.5 percent growth nationally, making it the region’s second-fastest growing industry in 2015.

The region is a hotbed of innovation activity, fueled by a talented IT workforce, modern infrastructure, and an entrepreneurial spirit. Colorado ranked third in the nation (for the seventh-consecutive year) for high-tech workers per capita, according to CompTIA’s Cyberstates 2015 report. A consortium of supportive programs, organizations, and professional associations provide a synergistic climate for the region’s thriving IT-software industry. The region employs 48,610 IT workers at 4,810 companies throughout the nine-county region. IT-software employment grew 4.5 percent in 2015 and ranked ninth out of the 50 largest metropolitan areas.